The City of Graz has supported higher education activities on many different levels, whether through funding, such as for the Graz International Summer School Seggau and conferences, receptions by Mayor Siegfried Nagl at city hall, or by offering platforms for discussions and networking. A recent example was in March 2014, the invitation for the Center for Inter-American Studies (Roberta Maierhofer, Ulla Kriebernegg, Barbara Ratzenböck) to collaborate in an event of the city of Graz within the EU project "Senior Capital" with participants from seven countries. As a result, Roberta Maierhofer was invited to a network meeting in June 2014 (Netzwerkfrühstück), where different institutions in Graz meet on a regular basis to discuss issues in terms of affirmative action and diversity challenges. On the initiative of C.IAS, the next meeting will take place at the University of Graz in order to discuss closer collaboration in terms of life-work balance, gender equality and measures against age and gender discrimination. 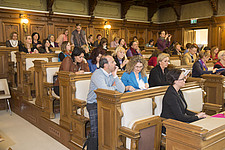 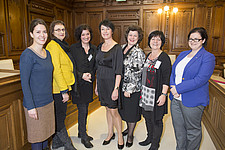 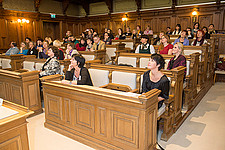