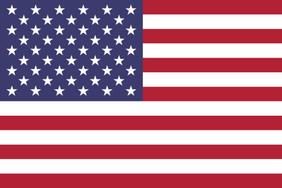 Ever since 1797, the power of the American presidency has transferred from one person to another forty-five times; on January 20, it will be forty-six times. Despite the trials of war, depression and social upheaval, each transfer of power occurred peacefully even when power was turned over from one political party to another. Whenever that transition occurred, the national discourse usually focused on the legacy of the outgoing president and the agenda of the one coming in. That debate is rarely about whether the transfer will occur, whether the outgoing president will stay on, refuse to leave, or reject the will of the people. It is almost never about whether someone in the military or some political faction will try to disrupt the transition.

In the wake of the events that took place at the United States Capitol on January 6, the peaceful transition of power that is marked by the inauguration of a new president will have even more significance than it usually does. Consequently, it is a pleasure to host a virtual inauguration day extravaganza as part of the „In Dialogue with the United States“ series.

Not only will we witness a key ritual for the American public where the incoming president will renew the nation’s covenant on behalf of the American people, but we will also be joined by experts who will help us understand the significance of the inauguration.

Following President Biden’s inaugural address, a panel of expert respondents will contextualize and dissect the president’s vision for the nation.

The virtual inauguration day extravaganza will consist of three segments:

Given the ongoing Covid-19 crisis, this will be an ONLINE-ONLY event which will take place in a secure, virtual, real-time, audio-video environment powered by Zoom.