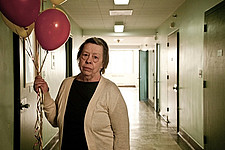 How is the space of the care home narrated in contemporary Canadian and US American novels, and what role do aspects of space and place play for the narrative construction of old age?

In this project, Ulla Kriebernegg investigates contemporary Canadian and US American cultural representations of long-term residential care, addressing the tug-of-war between individualism and homogenization of the old in such "heterotopias of deviation" (Michel Foucault). As aging is seen not only as an embodied process, but also as emplaced in time and space (Glenda Laws 1995), the narrated space of the nursing home is examined on both a literal and a metaphoric level in the context of the "spatial turn" which initiated the development of a critical understanding of space and place as a result of social relations and practices (Henri Lefebvre). Analyzing contemporary anglophone Canadian and US American film and fiction to illustrate the spatiality of cultural construction of old age, this study of contemporary "care home narratives" argues for the centrality of the intersection of age, space and place to our understanding of what it means to grow old. It focuses on the intersections of space, time, and experience, and thus also on the social, cultural and biological dimensions of aging. In fictional works such as May Sarton's As We Are Now (1973) or John Mighton's Half Life (2005), long-term care facilities have been depicted as "total institutions" (Goffman 1961) and construed as prison-like sites of homogenization, oppression, and infantilization. Other novels, such as Shani Mootoo's Cereus Blooms at Night (1996), Lola Lemire Tostevin's The Other Sister (2009), or Todd Johnson's The Sweet By and By (2009) present the care home as a kind of safe haven, as a site of meaningful identity development and intergenerational understanding. Oftentimes, the care home is a metaphor expressing the fear of decline, decrepitude, disease, and death, operating in juxtaposition to the open road of freedom and independence, as in Oscar Casares' Amigoland (2009), Janet Hepburn's Flee, Fly, Flown (2013), Sara Gruen's Water for Elephants (2006), or the movie Cloudburst (2011) - stories in which protagonists escape the confinement of institutional care to retrieve self-determination and agency on their adventurous journeys. What unites all care home narratives, however, is their focus on residents' individual resistance, subversion, and agency. They oppose, albeit in very different ways, the ageist stereotype of decline and contribute to deconstructing prevailing norms and negative images of old age as decrepitude and disease, sometimes even encouraging an appreciation of the last stages of life as 'successful frailty.' With this project, I aim at bridging the gap between literary gerontology and spatial narratology, arguing that the spatiality of aging is a category that needs to be incorporated into an analysis of literary representations of the "fourth age." This is equally important as including age as a category into explorations of critical issues of space and place.